The Remembrance of a Trip!

It was on November 5th of 2010 that the freshmen of the school EB 2/3 Gualdim Pais in Tomar went to Santarem to learn a little about new activities on how they could help people save energy and how to get food to the less fortunate. They also learned about students that came from all over the world to study in Portugal. They watched extremely hilarious videos (which were made such because of the accents spoken in them) from students who came from Finland, Germany, and France. Soon enough they headed off to Lisbon. 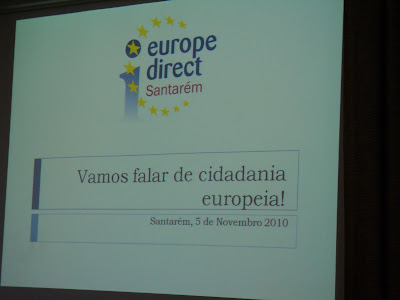 In Lisbon they were excited and enjoyed a play about Vampires! The beginning of this play consisted in teasing of the ever-so-popular saga “Twilight”. The students were able to participate in the play as the actors called them on stage. 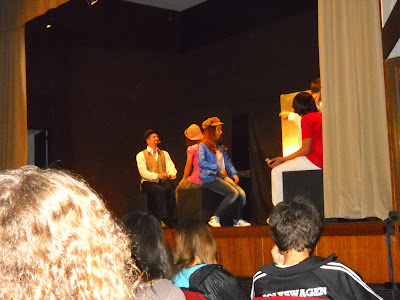 Once it was mentioned that the movie (that was “in production” in the play) should be “scary” the play took a turn of events in which Dracula came into the picture. Here the story of the Vampire from Transylvania was told and the play ended in good fun.
Outside the auditorium but still inside the building the students traveled around stands where they learned different things about different cultures like how to write your name in Chinese. There were also contests where you could win small prizes.
At the end of the day the students feeling quite tired returned on the long journey home where a few of the students watched a movie and another few took the chance to sleep. I had the pleasure of being part of this field trip and I have to admit that I did quite enjoy it. It was a wonderful experience and I would gladly take the trip once more.